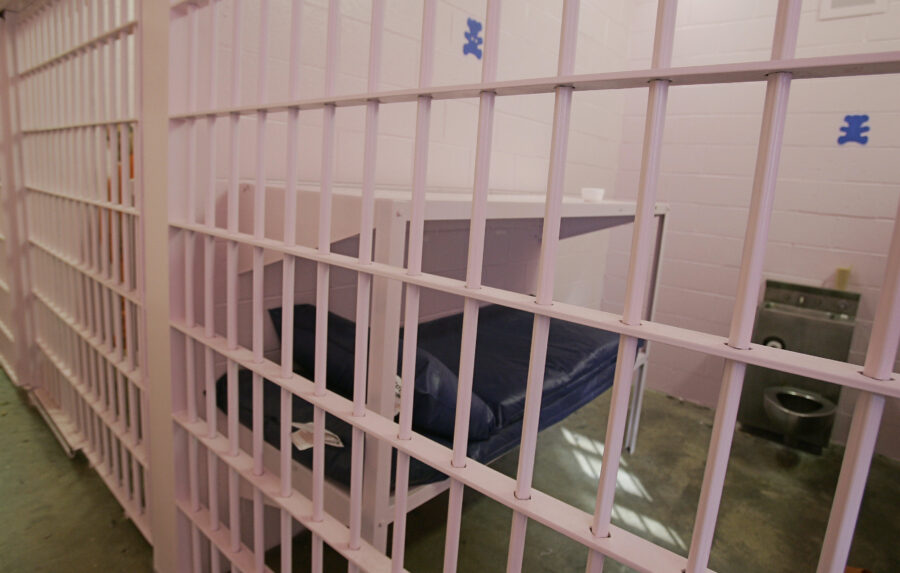 MIAMI, FL — A torturous “punishment” session turned fatal for a mentally-ill prisoner, when prison guards forced him to stand in a tiny shower stall while being blasted by scalding hot water until his skin began to shrivel away from his body and he died.  Fellow inmates say he begged for his life before collapsing in the shower.

Darren Rainey, 50, died while incarcerated a the Dade Correctional Institution.  He was serving a 2-year sentence for a victimless crime; possession of cocaine.  At the time of his death, he had only one month to go before his release.

Rainey, who suffered from mental illness, was accused of defecating in his cell without cleaning it up.  The Florida’s Department of Corrections often comes up with cruel and imaginative punishments for prisoners — allegedly ranging from starvation diets to forcing prisoners to fight so the guards could place bets.

Rainey’s punishment was to stand confined in a narrow chamber, being blasted with hot water and steam, and left to suffer there for over one hour

“I can’t take it no more, I’m sorry. I won’t do it again,’’ Rainey screamed over and over, the Miami Herald discovered from a fellow inmate’s grievance complaint.

Fellow inmates alleged that guards taunted him by asking, “Is the shower hot enough?”

When Rainey’s body was found, his skin was cooked to the point where it was coming loose from his body, a condition known as slippage.

The Miami Herald documented more of the disturbing details following the death and disposal of the evidence:

The corrections officers allegedly taunted him by asking him whether the shower was hot enough and, afterward, dragged his body to the infirmary, leaving chunks of his skin behind.

It’s not clear whether Miami-Dade police ever checked the shower, the water temperature, whether they took photographs, collected video surveillance footage or conducted any interviews the night of his death.

They did not save the 911 recording, an indicator that the death was not treated as a homicide. Miami-Dade Medical Examiner Bruce Hyma still has not released Rainey’s autopsy.

The facility then did its best to cover up the death.  Sources say that it was alleged that Rainey had a heart attack, yet DOC refused to perform an autopsy. The official cause of death has never been announced.

“Two years is a very long time to wait to find out why your brother was found dead in a shower.”

Conveniently, the camera outside the shower “malfunctioned” right after Rainey was forced in.

The Rainey investigation has remained open since 2012, with no explanation about why it has taken so long.  No one has been charged with the death of Darren Rainey.

“Two years is a very long time to wait to find out why your brother was found dead in a shower,” said Rainey’s brother, Andre Chapman.

When a fellow inmate tried to provide information to police and the media about the Rainey case, he was threatened with punishments of his own.  Numerous other inmate complaints paint a disturbing picture of what justice looks like in Florida’s prisons.

Justice seems to be a fleeting concept in a society where people are imprisoned for non-violent, victimless offenses, and housed by sadistic torturers who themselves belong in a cage.

On Friday, September 19th, 2014, a total of thirty-two (32) employees with the Florida Department of Corrections were fired by DOC Secretary Michael Crews, after investigating a long history of systematic brutality, official coverups, and buried complaints. The firings were spread across all four of the state’s prisons. Warden Jerry Cummings, who presided over the prison where Darren Rainey was killed, was among those fired.

The unprecedented move came after the Miami Herald helped to expose damning evidence regarding the outrageous behavior of the guards and multiple suspicious inmate deaths. Aside from Mr. Rainey’s horrific shower death, was the 2010 death of Randall Jordan-Aparo, who was gassed to death in a cell. The killing was then covered up and documented as death by natural causes.

Among the most sadistic of the guards was Rollin Suttle Austin, who was known to brutally bash prisoners’ heads into concrete, grab inmates by the throat, and often boasted about getting away with murder. Complaints about Austin were continuously ignored during his 23-year career. He received high marks and timely raises up until the state-wide scandal broke.

The accounts of the whistle-blowers and inmates are nothing short of disturbing. The reports included allegations of systematic forging of incident reports and guards who brazenly told inmates that they knew how to “act for the cameras” and cover up their frequent brutality.

The firings of the 32 DOC employees is a refreshing and necessary step, but it is only a first step. Those responsible for committing and covering up acts of violence and murder need to be put behind bars themselves. The nation patiently awaits for the sadistic guards to be charged for their criminal actions.