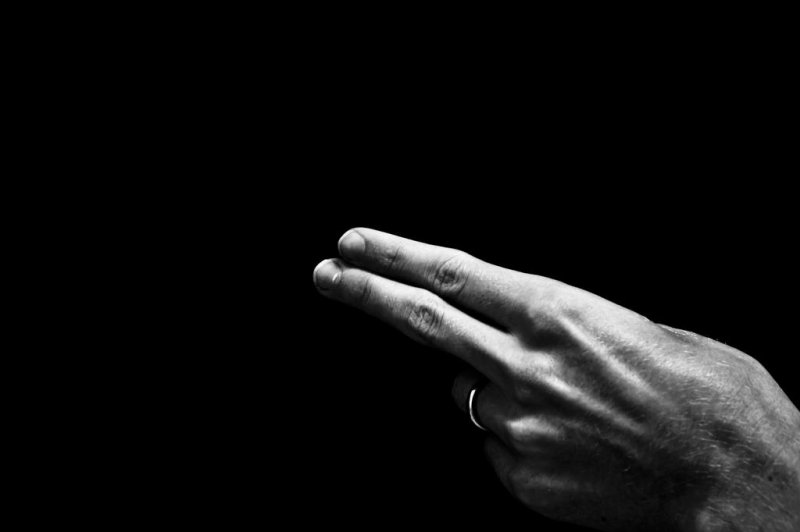 HAWTHORNE, CA — A deaf man was brutally beaten by four cops while he packed his car just before he went to his regular Bible study class.  The victim’s attempt to communicate using hand signals was interpreted as resistance and he was struck and tased until he was unconscious.

The incident occurred on February 13th, 2013, as Jonathan Meister, who works as an architect, was picking up some boxes and bags of his belongings being stored at his former roommate’s house.  The items consisted of winter clothes and snowboarding equipment he intended to use during an upcoming trip to Utah.  He retrieved the items around 6:30 p.m.

A neighbor witnessed Mr. Meister loading his car and phoned the police to report a suspicious person.  When the neighbor called out to Meister from behind, he did not react because he is unable to hear.

Two Hawthorne police officers arrived on the scene: Officers Jeffrey Tysl and Jeffrey Salmon.  They “watched Mr. Meister as he walked through the gate, out of the backyard, carrying some of his personal belongings to his car,” the complaint states.  Again, Meister could not hear the voices behind him as they ordered him to stop.

When Meister saw the officers, he put down the boxes and attempted to communicate in the only way he knew how: American Sign Language.  He gestured with his hands that he couldn’t hear them.  He approached them but was suddenly grabbed by the wrists and spun around.

“Because he is deaf, Mr. Meister depends on using his hands while facing a person to communicate,” the lawsuit states. “The officers’ sudden aggression, which both caused pain and interfered with his ability to communicate, caused Mr. Meister reflexively to pull his hands away, hop back over the fence and step toward the gate … to create some space so that he could communicate.”

Police radioed for backup and attempted to grab Meister, who kept eluding them.  Another pair of Hawthorne cops arrived: Erica Bristow and Mark Hultgren.   The four continued to aggress him.  Meister kept wriggling his hands away, according to police reports.

His futile attempt to reason with the officers and evade their clutches was not taken well.  The cops “struck Meister with fists and feet, and forcibly took him to the ground.”  In other words, Meister was punched and kicked until he collapsed.

On the ground, the battered man flailed his legs, and officers could not hogtie him.  An officer then allegedly shot Meister with the probes of his taser and shocked him twice as he squirmed on the ground.

Another officer set his Taser to “Drive Stun” mode — a setting specifically designed for pain delivery, not immobilization — and jolted Meister in the abdomen.

Officers continued to kick and punch him in the back and stomach.  They choked and zapped him, delivering “punishing shocks” and intentionally “burning his flesh,” Meister claims.

The officers eventually handcuffed Meister and sat on top of him.  He was now face down on the ground, and knocked unconscious.

Mr. Meister was then hauled to a hospital and charged with assaulting police officers.  They described his reaction as “aggressive and violent.”  When it was determined that they had just beaten an innocent man, the charges were dropped out of embarrassment.

“We’re really concerned about the problem of law enforcement and people who are deaf… He wasn’t doing anything other than trying to get away from people who were hurting him.”

Hawthorne police garnered our attention last year because of an high-profile incident where a dog was shot dead in the street for trying to help its owner, who had been handcuffed for taking pictures of police.

Meister is now suing the City of Hawthorne, its police department, the police chief, and the 4 officers involved.  He is claiming statutory, treble and punitive damages for violations of the Americans with Disabilities Act and the Rehabilitation Act, among other civil rights violations, according to Courthouse News Service.

“We’re really concerned about the problem of law enforcement and people who are deaf,” said Meister’s attorney, Paula Pearlman, to the Daily Breeze. “He wasn’t doing anything other than trying to get away from people who were hurting him.”

Americans with disabilities are easy prey for aggressive agents of the police state.  A deaf woman in Tacoma, Washington, called police for help after being victim of an assault, but was instead assaulted and tased again because of her inability to respond to their verbal orders.  In another incident, police forced their way into a store bathroom and pepper-sprayed and tasered a deaf, mentally-handicapped man in Mobile, Alabama, when he could not understand their commands.  A deaf driver in Oklahoma was recently badly beaten when — again — he could not understand a highway patrolman’s verbal commands during a traffic stop.

Luckily the victims above survived their attacks. Kelly Thomas and Ethan Saylor, who both have cognitive issues, were not so lucky when police singled them out.

What recourse do disabled people have when they are unable to respond to power-tripping bullies demanding complete and utter submission?