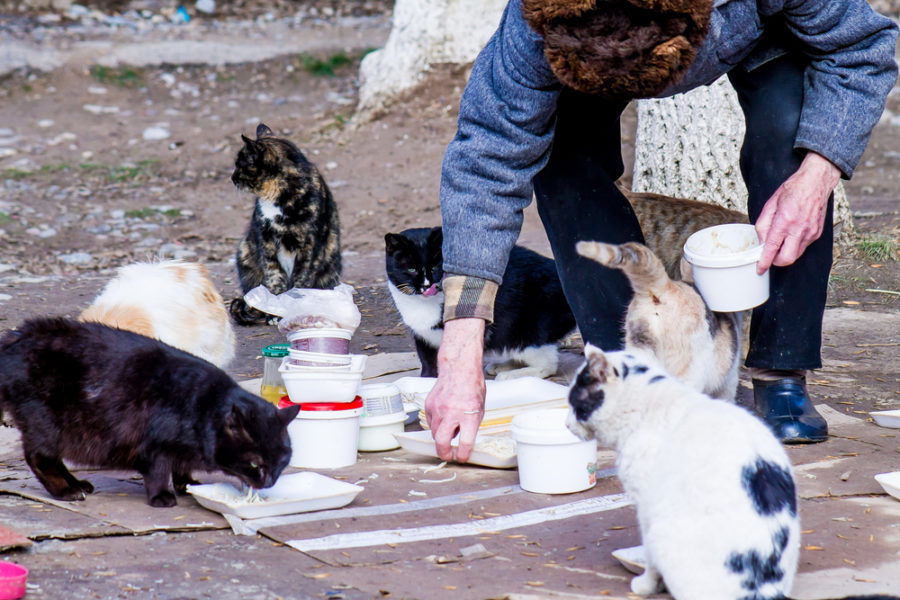 ALBION, MI — A city with evidently nothing better to do has passed an ordinance criminalizing the feeding of stray cats.

“Feral cats are a very big issue, and we needed to do something about it,” said Albion City Councilman Maurice Barnes, according to MLive.com.

The new ordinance goes into effect May 22nd, and will punish violators with $100-$500 in fines and up to 90 days in jail — depending on the “severity” of the offense.

The city government can now target retirees and widows and nail them for their affection towards animals.  An 81- year old Alzheimer’s sufferer from Tampa named Mary Musselman has been locked away for nearly 3 months for feeding animals in her yard.

Every law, no matter well-meaning its creators, is ultimately enforced by men with guns ready to throw people into steel cages.  Citizens should test themselves to see whether they believe a law is worthwhile enough to imprison their own mother or grandmother for breaking it.