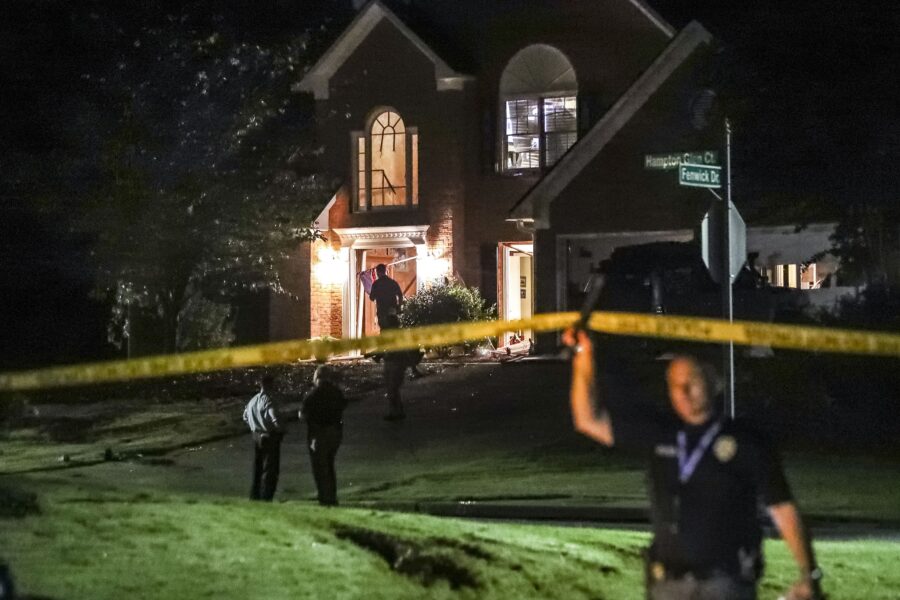 This past week I was over on Officer.com trying to convince some hot-headed, patriot-hating young cops that the Constitution is actually the law of the land. I failed. One of them refers to open carriers as “attention whores.” I was denounced as a traitor to law enforcement for insisting that gun owners actually have rights that LEO’s are legally and morally bound to respect.

It got me thinking about the great gulf that separates the law enforcement profession that I knew as compared to the one that exists today. I never thought I’d be one of those geezers that says, “I just don’t understand this younger generation today!” But the fact is, I am, and I don’t.

I offer this retrospective and comparison:

1) The warrant officer at your station gives you a warrant for someone who lives on your beat. It’s for an old drug possession beef. The suspect has no criminal history. Ho-hum.

2) You go to the location. You knock on the door. If no one answers, you leave and come back another time. If your man answers the door, you either arrest him or cite him to court. If you know he’s there (TV is on, curtains move as he peeks out the window at you, etc.) but he won’t answer the door, you call another car to watch the back while you go in the front and get him. If he submits, fine. If he resists you thump him (tasers are years in the future). If he goes for a weapon you shoot him.

PLAN B: The crime is serious, or the suspect is known to be dangerous

*The only full-autos that your department owns are a row of 1921 Thompson sub-machine guns with 50 round drum magazines, and, strangely enough, a single M-3 greasegun, that are standing in a rack in the armory at the Criminal Investigation Section (detective bureau).

The last time that one of them was deployed was in the late 1950’s at a late-night stakeout inside a closed Kroger grocery store where a gun battle occurred between stakeout officers and a gang of professional burglars and safecrackers. One of your department’s last old cigar-chewing detectives from the gangster era used the chopper to fatally ventilate the bad guys.

The old chatterguns have never been fired for effect since, and never will be again. You are not qualified on them, and know no one in your 1000 man department who is. If, through some miracle, you were to be qualified on one of the old warhorses, the thought of taking one to a warrant service would never even occur to you, and the chances of you being able to sign one out for that purpose would be nil anyway. Cops use alley sweepers, not trench brooms.

HOW TO SERVE A WARRANT:  TODAY

1) The warrant officer at your station gives you a warrant for someone who lives on your beat. It’s for an old drug possession beef. The suspect has no criminal history. Drug possession! This guy is obviously a degenerate, and threatens the very fabric of civilization! There’s no time to lose!

2) You and your pals put on black ninja outfits. You put black bags over your heads with little slits for your eyes. Now you can do anything you want and no one can identify you afterwards. Hey, it works for the PLO and the IRA, right? You call all of the schools within a fifty mile radius and tell them to go on lockdown.

4) When you arrive, you jump out and storm the house, bristling with weapons that were, at one time, only used on foreign battlefields to engage implacable enemies of the United States and its interests. Now they’re used against this country’s civilian population.

5) The family’s elderly Labrador, who is now approaching you, tail wagging, is obviously there to guard the drug kingpin’s stash, and presents a grave danger to law enforcement personnel. Hose him with your M-16, or MP5, or whatever squirt gun your agency issues. That way the neighbors will see what a baaaaadass you are.

6) Don’t knock on the door…that’s for sissies. Take it down with a battering ram. Run in and cuss a lot, like they do in those cool movies. Prone everybody out on the floor. When the family’s other dog gets excited and starts barking, blow him away like you did the other one. Do it in front of the kids. That way they’ll learn that this country’s laws must be respected!

7) There are lots of news cameras outside because you called them ahead of time and told them to be there. March your prisoner out and look really grim. Now everyone watching the news can see your armored personnel carrier (yes, I said ARMORED PERSONNEL CARRIER!) and they can see how awesome you are in your Ninja outfit.

8) Make sure your department spokesman is there to give an exciting account of your great victory. That way the pretty girl with too much hair mousse can do a “BREAKING NEWS” story about how you’ve struck a stunning blow to the international drug trade.

Now, there are people who are going to think I’m being facetious here. I’m not.

Since the early 80’s, the use of SWAT teams in civilian law enforcement has increased about 1500%. No, those two zeros are not a typo. At least FORTY completely innocent American citizens have been shot to death by rogue police, either because incompetent law enforcement officials hit the wrong address, or because startled homeowners attempted to defend themselves against the masked strangers violently entering their homes and were gunned down. One of them, Kathryn Johnston of Atlanta, was 92 years old.

I well remember the first time my agency pulled one of these stunts and scared an innocent old lady damned near to death. Our chief did the one thing in his career that I actually admired. He sent down word that if any of our personnel ever again kicked down an innocent citizen’s door, that they should send back the search warrant return with their badge pinned to it since they wouldn’t be needing it anymore. It never happened again.

How did this happen? How did we go, in a few short years, from a beat cop knocking on a door to a full scale military assault reminiscent of Iwo Jima, over somebody selling somebody else a bag of weed?

It’s because of the biggest failed social experiment in this country’s history, the Drug War.

I was around in the days of yore when the first drug forfeiture programs started. If you could prove that a guy’s stuff was purchased with the proceeds of drug trafficking, you could take the stuff. It was a great idea, and it hit these guys where they lived. And for a few years the law chugged along that way. Then law enforcement administrators started thinking about just how much plunder there really was out there.

That thing about proving that the guy’s stuff came from drug proceeds was a real drag. They said, “HEY! We have a great idea. Let’s take people’s stuff WITHOUT proving that it came from drug proceeds!!” And they did. The law was changed. Law enforcement didn’t need to convict people of anything. They didn’t even have to CHARGE them with anything. They could just take the stuff!

The way it was explained to me in training was that the stuff was being treated as a separate entity, independent of its owner. In other words, the guy wasn’t being charged with a crime. His car, or his house, or his cash was being charged with a crime. Stuff could now commit crimes, and be convicted of them. A cop could hold a trial at the side of the road, convict someone’s money of drug trafficking, and then put the money in jail.

Agencies scrambled to create drug “interdiction” units to patrol their expressways, such as the I-75 corridor from Florida to Michigan which runs through my city.

In my agency, our higher-ups got so addicted to stolen money that there wasn’t enough in our city to satisfy them. They cut some kind of a deal with our county sheriff and got a team of our guys commissioned as deputy sheriffs. Now they could patrol our expressways all the way to the county line, miles outside city limits.

They’re still doing it. Just last week I drove I-74 into Ohio, and sure enough, there was a Cincinnati police unit just over the state line, nowhere near the city limits, watching for anyone who meets the “profile.”

The only way the victim can get his money back is to sue the agency and try to prove it DIDN’T come from drug proceeds. So much for due process and the presumption of innocence. Oftentimes the cost of taking legal action exceeds the amount of money that was taken, so the victim just gives up. This is what agencies count on. Life is GOOD for law enforcement agencies! The only difference between them and pirates is the absence of an ocean. Highway robbery is back in vogue, literally!

So what to do with all that dough? No government agency ever returns money to the treasury. If they have any left at the end of the budget year they have a shopping spree.

Soon agencies all over the country were buying military hardware that had never before been needed or used in civilian law enforcement (this was before Congress passed laws allowing the military to GIVE surplus hardware to the cops).

Questions were raised. SWAT is a legitimate concept, and is needed in cases of barricaded persons, hostage situations, etc. But most agencies, even big ones, go for months and sometimes years without experiencing such events. The toys gathered dust. Officials and concerned taxpayers asked, “What do you NEED this stuff for?”

No need? CREATE a need!

And that’s why things that used to be handled in a low-key, non-confrontational way by street-savvy beat cops now require SWAT intervention, including routine service of warrants for insignificant and non-violent offenses.

Are we better off? You decide.