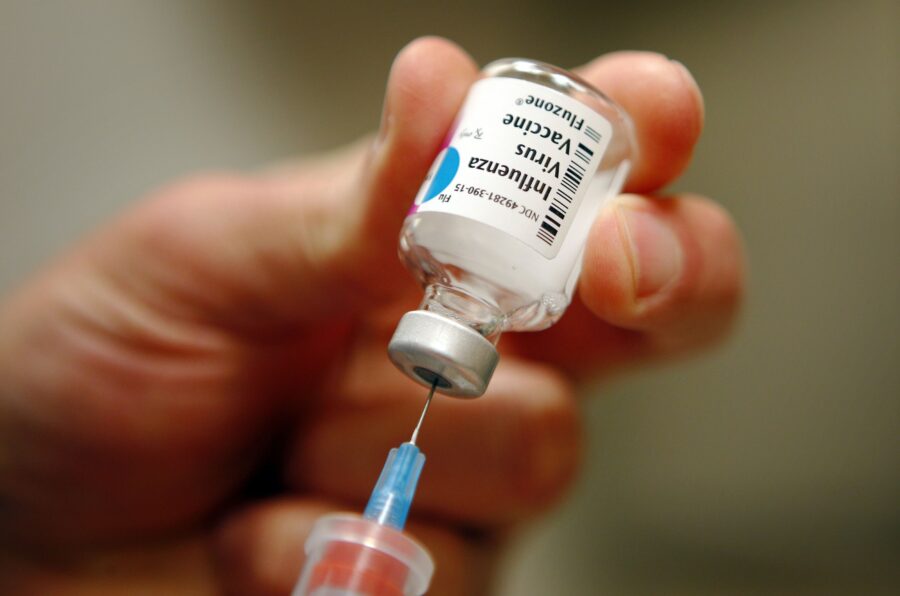 TACOMA, WA — A state bureaucracy is threatening a mother with removal of an infant unless her entire family subjects themselves to flu shots.

This is the dilemma that foster parent Jamie Smith is currently facing. The Washington Department of Social and Health Services (DSHS) is giving the Tacoma family until February to comply with the mandated regimen of influenza vaccines — imposed on every member of the family — or else they will lose their youngest child, a 2-week-old foster infant that was born on Christmas.

Mrs. Smith is a dedicated foster mom, and has fostered seven babies. She currently raises five children, including an adopted 4-year-old daughter. Her objection to vaccines is based on safety concerns for her family, she revealed in an interview with KOMO News:

“I’ve done a lot of research on it and I don’t like some of the side effects that it has,” she said.

Smith says she’s worried about mercury in the vaccine and its effects on the brain. She doesn’t want her or her five children exposed to that even if it means losing the little one.

“I’ve thought about that a lot,” said Smith. “Unfortunately, I have to think about our kids who are in the house first and to me they’re more important, their safety, than trying to fight to keep this little guy.”

Among the alarming vaccine ingredients that Mrs. Smith referred to is Thimerosal, a drug stabilizer that contains the compound ethyl mercury, a known neurotoxin. Popular influenza vaccines such as Fluzone®, FluLaval®, and Fluvirin® each contain Thimerosal.

Flu shots, like the ones listed above, are responsible for a host of neurological disorders and other serious side effects. According to the DOJ’s report on the National Vaccine Injury Compensation Program — which settles vaccine injury claims since the drug makers were made legally blameless by Congress — over half the compensatory claims handled between 5/16/2013 to 8/15/2013 were for adverse reactions to flu vaccines. The injuries included:

Despite these weighty concerns, Mrs. Smith’s informed objection to vaccinating is being cast aside by bureaucratic force. The mandate holds that she, her husband, and each of the other children must be injected with the drug, or else their family will be broken apart and their precious “Christmas baby” will be taken away.

“I’m hoping that we can raise enough of a voice that the state will at least give waivers or do something so the children won’t be taken out of their homes,” Mrs. Smith told KOMO News. Her family’s integrity requires that readers and supporters rally against these invasive medical mandates imposed on families like the Smiths.