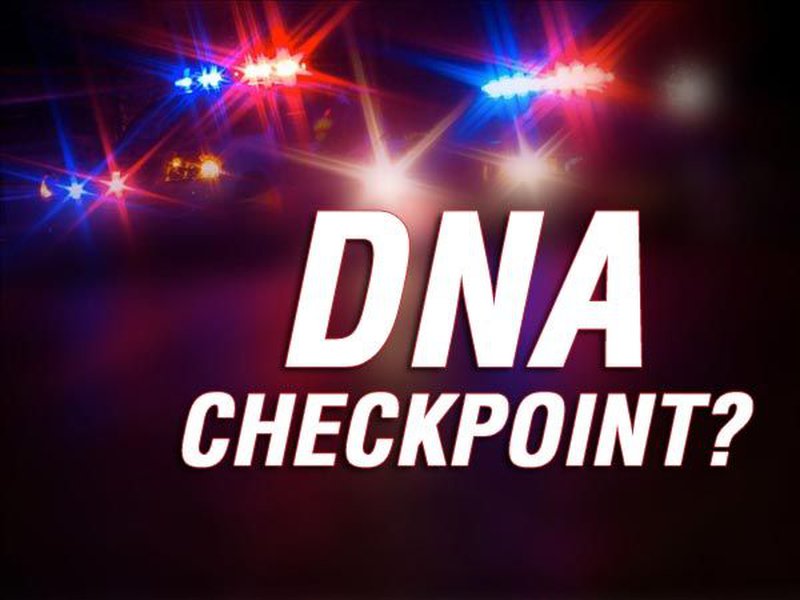 Federal contractors have been setting up roadblocks in cities across the country with the purpose of collecting DNA samples from passing motorists.  The multi-million dollar federal program has been disturbing drivers and alarming civil libertarians.

The checkpoints consist of uniformed agents blocking a public road and flagging drivers into a testing area or a parking lot.   There, the drivers are requested to submit a saliva or blood sample to the federal government.

The roadblocks were part of a study orchestrated by the National Highway Traffic Safety Administration (NHTSA).  The agency contracted the Pacific Institute for Research and Evaluation, based in Calverton, MD, to perform the roadblocks.  The program costs taxpayers $7.9 million over 3 years, according to NBC News Dallas-Fort Worth.

The agency confirmed that the operation is currently being launched in at least 30 different U.S. cities.  The St. Louis Post-Dispatch reports that the number may be greater than 60 communities.

Drivers are offered cash for surrendering DNA samples.  The going rate is $10 for a cheek-swab and $50 for blood drawn from the vein.  Reports from St. Louis said that drivers who initially refused would then be offered $100.  The goal, according to the NHTSA, is to decrease impaired-driving accidents by analyzing raw bodily fluids fresh off the street.

“They want to find out of all the people surveyed, how many people were driving with alcohol in their system, or prescription drugs, things like that,” said Lt. Freddie Turrentine of the St. Clair County Sheriff’s Department, in Pell City, Alabama.

The NHTSA says that the samples are “voluntary,” but drivers have had varying experiences.

“How voluntary is it when you have a police officer in uniform flagging you down?”

Kim Cope, of North Fort Worth, Texas, said that the checkpoint she experienced was not voluntary at all.  She was forced off the road into a parking lot on November 15th and pressured into submitting to a breathalyzer.  Cope was on her lunch break when she was forced into the checkpoint.  “I gestured to the guy in front that I just wanted to go straight, but he wouldn’t let me and forced me into a parking spot,” she said to NBC Dallas-Fort Worth.

“They were asking for cheek swabs. They would give $10 for that. Also, if you let them take your blood, they would pay you $50 for that.” But Cope was not interested in getting paid. “I finally did the Breathalyzer test just because I thought that would be the easiest way to leave.”

“How voluntary is it when you have a police officer in uniform flagging you down?” asked Susan Watson, executive director of the Alabama chapter of the American Civil Liberties Union. “Are you going to stop? Yes, you’re going to stop.”

“Although this was voluntary it was not voluntary that you stop and hear the DNA for CASH pitch,” said Alabama resident ‘J. Bosey‘ after experiencing a checkpoint in June.

Carl Olund, another driver was subjected to a roadblock in Fort Worth, told NBCDFW.com that he was pressured into provide samples of his breath and saliva to the federal agents there.  Not knowing the stop was “voluntary,” he said his rationale for cooperating was that he felt if he left the roadblock without cooperating he might have had “4 or 5 cops chasing [him].”

“It just doesn’t seem right that you can be forced off the road when you’re not doing anything wrong,” said Cope, discovering the tyranny of police checkpoints.  “None of it felt voluntary.”

And as a Fort Worth attorney discovered in the fine print, some searches are blatantly performed without consent.  Attorney Frank Colosi pointed out that the fine print on a form given to drivers informs them their breath was tested by “passive alcohol sensor readings before the consent process has been completed.”

One such search can be performed with a breath sensor disguised as a flashlight.  When a police officer sticks his flashlight in a driver’s face, its not just for intimidation and humiliation.  It may also be to perform a warrantless search of their breath.

“They’re essentially lying to you when they say it’s completely voluntary, because they’re testing you at that moment,” Colosi said.

Missouri State Rep. Rory Ellinger said the checkpoints were intimidating and unnecessary. “To the average person, all the authority and prosecutorial demeanor of an officer directing you to pull over amounts to an order, not a voluntary act,” said Ellinger, an attorney representing the University City, MO, area.

Apparently even local officials are upset about not being informed about the nature of stops.  St. Charles County (Missouri) Sheriff Tom Neer said he had been “duped” into allowing his officers to participate.  “We will not cooperate with one of these federal checkpoints again,” Neer said. “And we would not have contracted with the subcontractor on this one if we had known in advance that our officers would be asked to flag down motorists.  In essence, we got duped, and shame on me.”

More dubiously, the program has the passive effect of conditioning the public to accept government agents setting up roadblocks in their communities for any reason imaginable.   If Americans wish to live in a society that does not accept police checkpoints as a routine part of their daily lives, it is important to push back against these programs at every opportunity.